Let us know when you would like to charter and we will give you some incredible options on destinations and the right yachts to take you there. Below are some of the most sought after destinations in the Western Mediterranean.
Sicily

As our neighbour across the water, Sunseeker Malta Charters has a special relationship with the island of Sicily. Thanks to its strategic location, Sicily’s landscape is a summarised projection of Mediterranean history and lore, with an eclectic terrain that promises exploration, spectacular views and delectable flavours. As one of Dolce & Gabbana’s primary muses, Sicily is an artistic and high-end hub that offers plenty of playtime and culture for the discerning yachter. Read on to learn more about our favourite Sicilian yacht spots.

Also known as Siracusa in Italian, this historic city lies on the south east coast of Sicily, and promises coastal views and architectural gems. Notable for its Greek origins, the city boasts a lustrous portfolio of Baroque theatres, as well as a magnificently preserved ancient Greek amphitheatre. Syracuse’s watering hole is the old island town of Ortygia and its vibrant food market, offering its customers the freshest seafood, local produce and bread.
Syracuse is home to one of Sicily’s most spectacular squares – the evocative Piazza del Duomo. From here emerge the city’s meandering lanes, lined with cafes, trattorias and tiny shops. Some of Syracuse’s many highlights are the underground Mikveh baths, and Fontana Aretusa, an outside spring that is home to an ecosystem of ducks, fish and water voles. One may easily take a dip straight off the city’s coastal rocks in the summer months, and guided tours can be arranged on the mainland to see the sites of Latomia del Paradiso and Grotto del Cordari, amongst others.

Found along Sicily’s northern tip that almost brushes the mainland, Messina is the island’s third largest city, with an immense harbour for cruise liners and ferries overlooking the picturesque region of Reggio Calabria. Famous for its Norman cathedral and marble fountains, Messina is a popular tourist destination that offers some of the best swordfish in the Mediterranean, and a lunch trip in Punta del Faro and Ganzirri can be easily arranged.

Here’s one for the history buffs. The city of Cefalù lies on the beautiful northern coast of Sicily. Built by the Greeks, this medieval town has beautifully preserved its appearance of antiquity and ambience, attracting thousands of tourists every year. Thanks to its historical importance and various attractions, it is one of the most visited places in Sicily, despite its miniscule population of 14,000. We recommend you take a stroll along the coast, and enjoy the spot’s pristine beaches. In spite of its size, Cefalù hasn’t forgotten its nautical significance. The city features a gorgeous marina, as well as a protected bay for anchoring.

Just at the foot of Mount Etna and right by the water’s edge, Taormina is a hilltop town on the east coast of Sicily. It is just a few kilometres away from the mountain’s active volcano, with trails leading to the summit. Taormina is known for the Teatro Antico di Taormina, a stunning Greco-Roman theatre which is still in use today. Not far from the theatre are cliffs that drop to the sea, forming coves with sandy beaches. A narrow stretch of sand from here connects to the tiny island of Isola Bella, a splendid nature reserve.
Meanwhile, the Riposto Marina is a 40-minute drive away from here, with Mount Etna as its backdrop. There is a handy bistro on site, and plenty of little shops nearby for stocking up on ingredients. You might want to rustle up some Pasta alla Norma onboard – Catania’s signature dish. The marina is the also the perfect starting point for a four-wheel drive tour up to the mountain, where a spot of caving can be enjoyed. And if you’re in the mood for even more adventure, a go-karting track is also nearby. Day trips to Catania can also be organised, where you can explore the city’s impressive street markets, piazzas and stylish boutiques.

If you’re looking for a sleepier stop away from the hustle and bustle, Marzamemi is a smaller and quieter town on the south east coast of Sicily. Marzamemi features an excellent marina and yacht club, and the town and its friendly locals are about a 15-minute walk away from here. The Marzamemi community takes its siesta very seriously here, and we recommend you reserve this town for some downtime after your travels. To go with the laid-back vibe, Cantina Rudini is an esteemed winery just a few kilometres away, and a great place to enjoy an afternoon of wine degustation, or to make some new additions to your own collection.

If you’re looking to see nature at her angriest, the Aeolian archipelago is the destination for you. Stromboli and Panarea are two volcanic islands off the north coast of Sicily, and if it’s any consolation, only one of these is active. Panarea’s volcano lies safely dormant, offering instead bubbling warmth in the form of its famous thermal springs, and popular scuba-diving sites.

Meanwhile, Stromboli’s 1000m-high volcano is very much alive and well. The volcano has been nicknamed the Lighthouse of the Mediterranean, and its eruptions can be seen across the island and in the surrounding area. There is no marina on Stromboli, so your overnight stay will be on anchor/buoy with a tender/water taxi available to the shore. From the safety of your vessel, you’ll be able to experience the view of Stromboli’s mighty eruptions at night.

As the largest of the Aeolian Islands, Lipari is considered to be the fulcrum of this archipelago in the Tyrrhenian Sea. This idyllic and tranquil island is the embodiment of island living, and boasts a total of 14 marinas along its coast, perfect for yachters who want to get all the good angles of this volcanic haven. Eruptions have not occurred in thousands of years, but there is plenty of volcanic activity, namely fumaroles and thermal springs.

Surrounded by crystal clear waters, Lipari features some exquisitely pebbled beaches such as Canneto, Valle Muria and Praia di Vinci, and if you’re in search of spectacular views, be sure to head up to the Chiesa Vecchia, from which you’ll get a breath-taking sight of the entire island from above, as well as the other surrounding islets from afar. In typical Italian fashion, you’ll find an excellent selection of humble yet genuine restaurants dotted around the island, serving Italian cuisine at its very best. This is the perfect stop for you to stretch your legs and have a walkabout around the tiny streets of its settlements, or spend your day sunbathing by the water’s edge. From Lipari, you can cruise to Vulcano to take in the majesty of this volcanic cluster, as well as the islands of Filicudi, Alicudi and Salina.

Berth at possibly the most glamorous seaside town in the world, and don’t forget to look up at the water-edge hills adorned with hillside villas in terracotta and sunny hues as you approach the coastline.

The Amalfi Coast is an Italian chain of charm, style, hiking, alfresco dining, boating lifestyle and swimming spots. A magnet for celebrities and high-end individuals looking to share in their lifestyle, the Amalfi Coast is an elegant respite that welcomes some of the most esteemed yachts in the community. Stretching from the chic village of Positano to the hillside villas of Ravello, this part of the world also features the fabulous island of Capri, which is just a short cruise away from the coast, and one of the top spots for yacht gazing.

For swimmers, the Amalfi Coast offers a collection of petite but visually stunning beaches that are dotted along the shore. Of particular note is Fiordo di Furore, a cosy and secluded beach adorned with an imposing arched bridge. Other beaches you’ll want to grace are Spiaggia di Praia and Maiori Beach. An alternative way to gaze upon the Amalfi Coast is to hike along the Path of the Gods, a trek that gives you full disclosure as to why this glorious corner of Italy was one of the Roman Empire’s major holiday resorts.

The Amalfi Coast makes for an ideal walking holiday upon disembarkation, so be sure to take a break and stop at one of the many restaurants offering the most spectacular scenic views from above. The Amalfi menu is blessed with some of the best Italian dishes. Naples and their divine Pizza Napolitana just round the corner, while most Amalfi restaurants carry an abundance of fresh seafood to go with their pasta. This is where people come to truly enjoy the art of living. 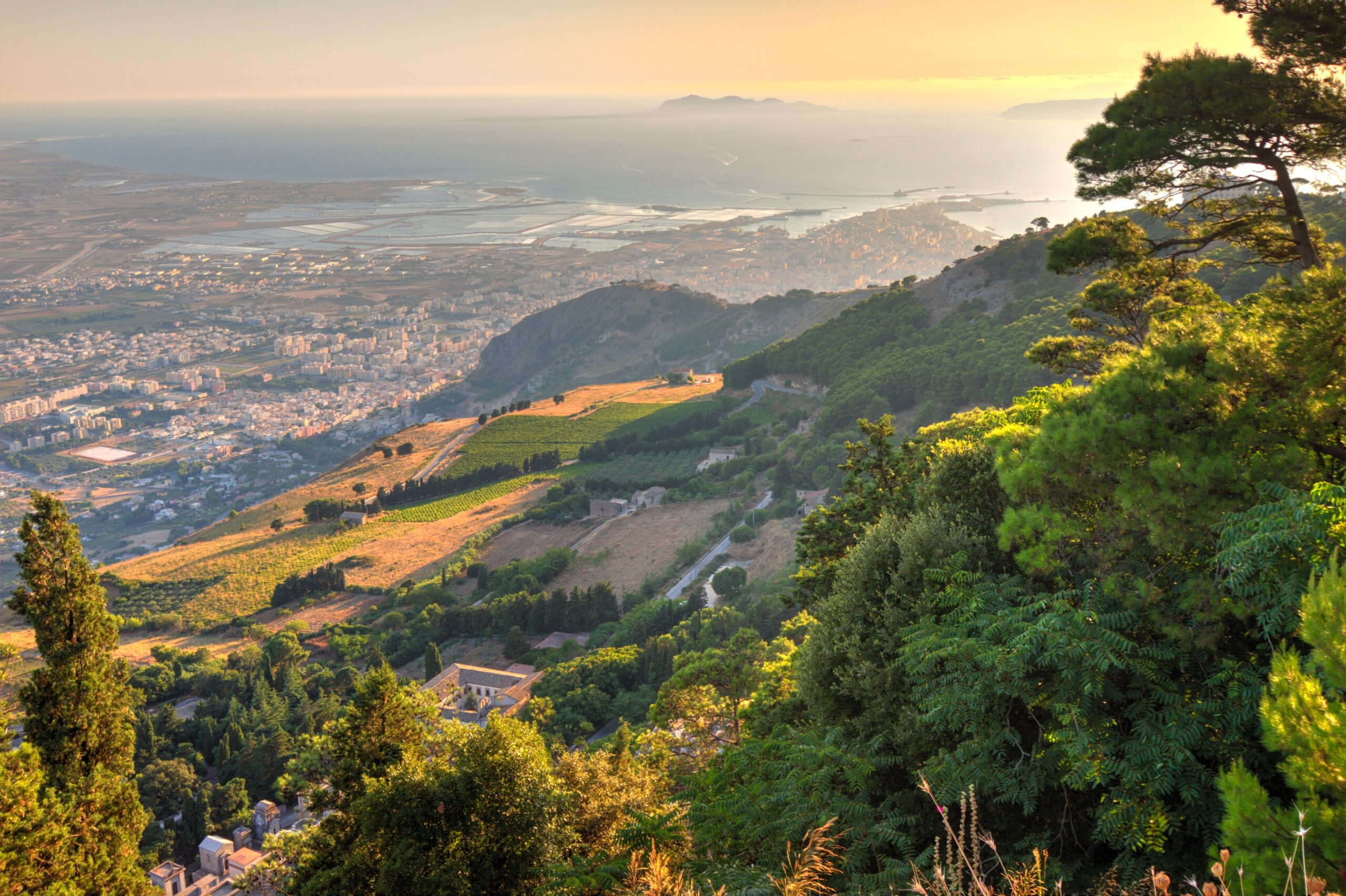